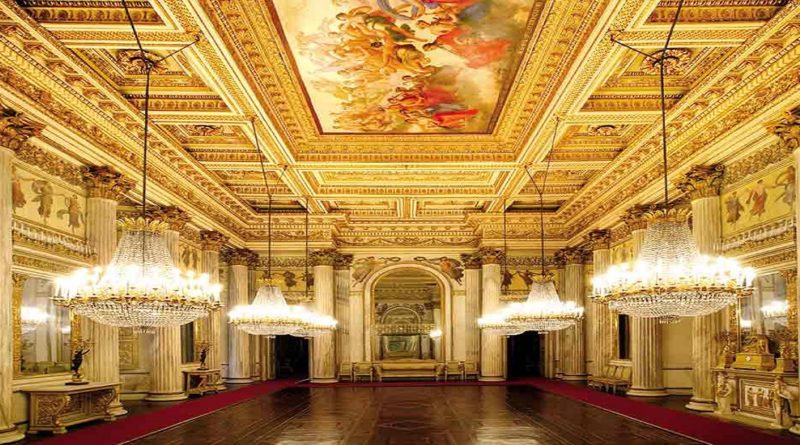 Turin is the capital city of Piedmont in northern Italy, and well known for its’ refined architecture and cuisine. The Alps rise to the northwest of the city. Stately baroque buildings and old cafes line Turin’s boulevards and grand squares such as Piazza Castello and Piazza San Carlo. Nearby is the soaring spire of the Mole Antonelliana, a 19th-century tower housing the interactive National Cinema Museum.

Sabrina had not enjoyed the Moscow conference, why had it been scheduled over the Christmas period, Russia was miserable enough without the cold and snow. Now back in her Italian retreat she was as miserable as the Russian winter and had serious work to do, knowing only too well that she had to keep up to date and on top of her position. There was a price to pay for failure in this business and she could not afford that. Terminal meant exactly that in Italian, and she had a lot more living to do and failure in this case was totally not an option! She knew Kirill had a nickname for her, the Godmother after the Italian godfather, there was always someone with something to sell and she always bought good information, it was part of survival in this trade.

Sabrina was working in the elaborate office on the ground floor of the house surrounded by beautiful furniture, delicate furnishings and seriously expensive ornaments. She felt no guilt or remorse working under such conditions, it was her right, she was a powerful woman in Italy and deserved such opulence. She was and always had been disgusted by the lower classes and their endless moaning about rights, conditions and pay. The spreadsheets on the screen confirmed just how successful the organization had been over the last 40 years and she took great comfort in how much was attributed to her own personal and very conscientious efforts.

There are Troubled Times ahead for Italy thought Sabrina:

There were However many Benefits:

Spreadsheets don’t lie, thought Sabrina as she studied the most important line on the page, which indicated the net profits on all the operations. The opportunities for fraudulent and illegal business activities were everywhere, mainly thanks to the incompetence of the Eurozone which was making the elite rich even richer and the poor a whole lot poorer. Most people are unaware that Italy has ten of the worlds twenty oldest universities including Bologna (where she had gained a PhD in Politics and Economics), Padua, Naples, Siena and Macerat. They are however controlled by the far-left academic elite, and there lies the biggest conundrum for Italy in the 21st century. How does a country compete on the world stage when the educational fraternity continue to attack the very people who create the wealth that paid for the educational system.

Sabrina knew that the political system in Italy did not encourage entrepreneurs. The system had been designed to ensure that there were as many hoops as possible to jump through before achieving any kind of business success. The best brains left Italy for the USA, UK, Canada and Australia and those left behind had the choice of giving up or follow a more unorthodox route to financial success, the criminal underworld. Sabrina knew that she had a highly talented executive team and that competition for places in her organization was fierce. That was good news as the salaries were significantly lower than other comparable sectors, but the rewards for loyalty were very much higher.

“Italy was being swamped by waves of African, East European, Asian and Indian Immigrants”

Although this was bad news for native Italians it was music to the ears of the criminal fraternity across the length and breadth of Italy. This was the very heart and soul of the financial success going forward, thought Sabrina.

Absolutely fantastic news and she quickly typed under the paragraph to ensure that she did not miss any important points or significant impact data.

Three elements of the Italian economy Sabrina studied and worked on 24/7:

Sabrina knew the sex trade inside out or so she thought, the basic demands were still there but the dynamics had changed.

There had been significant changes to the breakdown of prostitution and sex slavery over the last 40 years. Yes, during the whole period of so-called European Integration for the benefit of the masses. The days of the poor Italian woman walking the streets for money had disappeared and now the demographics should start alarm bells ringing in most quarters of so-called civilized society, but they however did not, and for too many reasons, which are too complicated to write briefly here.

Prostitution in Italy was now divided amongst the following:

Sabrina smirked and thought how funny it was that world imagines Italy as the home of family life, safety, security and Catholic values. The reality could not be further from the truth, the tourists who flock to Rome, Pisa, Florence, Naples, Milan, Turin, Lake Garda and Sicily never see the terror and despair behind the beautiful and historic churches, squares and ornate architecture.

The sad reality, is hidden in the economic data because Italy cannot function in 21st century without modern day slavery.

Sabrina kept a constant check on the Global Slavery Index which estimated that on any given day in 2016 there were 145,000 people living in conditions of modern slavery in Italy, a prevalence of 2.4 victims for every thousand people in the country. Sabrina also kept and monitored extensive data on all the sectors and kept notes on specific details

The Tuscan city of Prato is one of Italy’s main production hubs of textiles and garments, turning out cheap clothing for fast fashion companies together with designer brands based in Italy and elsewhere in Europe. Europe had allowed Chinese companies to buy up and control 80% of the Italian garment making sector and now most of the employees in these companies are Chinese who may enter Italy legally on a three-month tourist visas but end up violating the terms of their visas by working and overstaying until they have earned enough money to return to China.

Sabrina had data which estimated that nearly 70% of the Chinese in Prato are undocumented workers. The majority of the workshops use illegal labor, under-the-table payments and make their employees work long hours and at night. Most working periods were from 8am to 10pm every day of the week with most of the staff sleeping on the premises and earning at most €4 per hour.

Sabrina really wondered why anyone in their right mind was a farmer in Italy these days. All her data suggested that although the farmland was very productive and there were many viable crops including Tomatoes, Grapes, Wheat, Olives and Oranges but the farmers did not make any money.

Since the second world war organized crime and discount supermarkets have forced down the price of raw products, reducing payment along the food supply chain. A system of certification for supermarkets was introduced and failed to eradicate the practice. This is in truth because those very same supermarkets squeeze their suppliers so hard commercially that they can only make a profit by exploiting workers, and therefore they themselves are driving the conditions that can result in modern slavery in their supply chain.

The migrants in agriculture had been ensnared by an ancient Italian system of press-gang labor called “Caporalato” that enables farmers to outsource their labor needs to middlemen for a set fee, avoiding payroll taxes, work-safety requirements and minimum-wage payments in the process. It is illegal, widespread and dominated by organized crime. A 2018 report commissioned by Italy’s trade unions estimates that some 132,000 workers suffer from the most exploitative aspects of Caporalato, including nonpayment of wages and physical abuse. Most are migrants from sub-Saharan Africa and Eastern Europe.

Sabrina made several notes on key points that need to be monitored including the allegations of forcing laborers in the south to work long work hours seven days a week with no breaks, little pay, and no access to medical treatment. Sicily has been under public scrutiny since it was revealed in March 2017 that thousands of Romanian migrant workers were beaten, sexually abused, and exploited while working on farms in the Ragusa region of the island. The media and officials need to be contained and more work was needed to safeguard future operations. The thousands of empty villages were used for storage, accommodation and for drug manufacture, the police and the media refrained from visiting!

Huge profits are being made across the whole farming sector and it certainly was not the farmers. Sabrina always used tomatoes to show what was really going on. Although farmers were paid 7.5 cents per kg for their tomatoes in 2018, the consumer was charged, roughly, €2 per kg for them…a price increase of 2,567%.

Sabrina smiled again, those were the kind of numbers she loved and there were many, many more! There were sometimes downsides to this exploitation of workers and farmers such as Fanta, which is owned by Coca-Cola, who offer a complete list of all its suppliers and transporters. Since 2012, Fanta had stopped sourcing its oranges in Calabria.

The real question that needed to be asked was why the agriculture sector had not invested in robotic crop technologies that would eradicate the dependence of the farming communities on slave labor? The profits would then have been shared by the food producers and not the slave trade and the gangsters in the supply chain!

Sabrina looked at the figures for the domestic services sector which was booming. Cleaning, cooking, laundry and shopping was all getting too much for the money rich but time poor Italian workers.

This was not a sector that Sabrina had considered worth investing time and money in until now. The world was changing and so were the needs of her clients and potential clients and she wanted to make sure that there were not going to be missed opportunities.

She would get her best people on it after the Christmas break and she was curious as to what they would find!