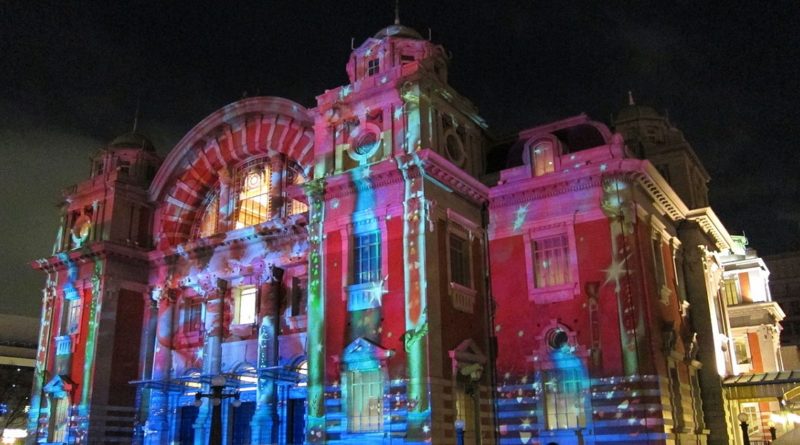 Osaka (大阪, Ōsaka) is Japan’s second largest metropolitan area after Tokyo. It has been the economic powerhouse of the Kansai Region for many centuries. Osaka was formerly known as Naniwa. Before the Nara Period, when the capital used to be moved with the reign of each new emperor, Naniwa was once Japan’s capital city, the first one ever known.

In the 16th century, Toyotomi Hideyoshi chose Osaka as the location for his castle, and the city could have become Japan’s political capital if Tokugawa Ieyasu had not terminated the Toyotomi lineage after Hideyoshi’s death and moved his government to distant Edo (Tokyo). And as they say the rest is history.

December had come to Osaka, it was cold but nothing like the deep penetrating and depressing cold of the Russian winters, thank the gods for that thought Suzu. She was thinking of the Midosuji Illuminations, Osaka’s Festival of Lights, which constitute one of the world’s largest illumination events. A 1.5mls stretch of the central district of Umeda is given over to the festival for close to two months, she loved it, the drama, the theater, it bought people together. She would love to see it again this winter, but how she longed for someone special to share it with, but that unfortunately could never happen under her present employment conditions.

Suzu was standing and thinking, wearing a simply beautiful kimono, she looked stunning with an air of graceful sensuality and she had no idea how men watched her, contemplating but never finalizing their advances. She exuded an air of control and fearless contempt for the world around her, the men could not put their concerns aside to talk to her, the darkness made them stop and think again.

Suzu, like most of the zodiacs had not enjoyed the scheduled conference in the Russian gloom but realized very much the necessity for attending and this year Kirill had not disappointed. The detailed information had been brilliant, yes quite brilliant. Kirill was a true professional and she always appreciated that fact and in some strange way she had felt attraction to him, but that was a line that she could not cross. She had been both shocked and stunned by the actions of Victoria whom in the past had maintained the attributes of an upper-class stuffed doll and how jealous she was of her actions. Passion, fun, and a comfortable empathy with people and casual indifference had stuck like a wooden stake in her heart.

Damn it, she was supposed to be concentrating and studying the package that Kirill had provided, but her heart was not in it at all and she hated the death by Powerpoint presentations that had no soul, just endless statistics and possible outcomes.

She had a PhD in Robotics and Artificial Intelligence from the Tokyo Institute of Technology and deep down she felt that the machines she had created had greater humanity than most of the humans she had ever met, so sad, so very, very sad indeed.

She turned and kicked the table over and the expensive IT hardware lay bruised and shaken all across the floor. Fuck you shouted Suzu, but in Japanese it did not have the blunt aggression her European and American colleagues could deliver. Now standing in anger and frustration she was more pissed off than ever.

Suzu had a photographic memory, which she had kept all to herself for a mountain of good reasons. The data across all aspects of the business sectors was easily accessible, but not her heart and her living soul. She hated them all but hated herself even more!