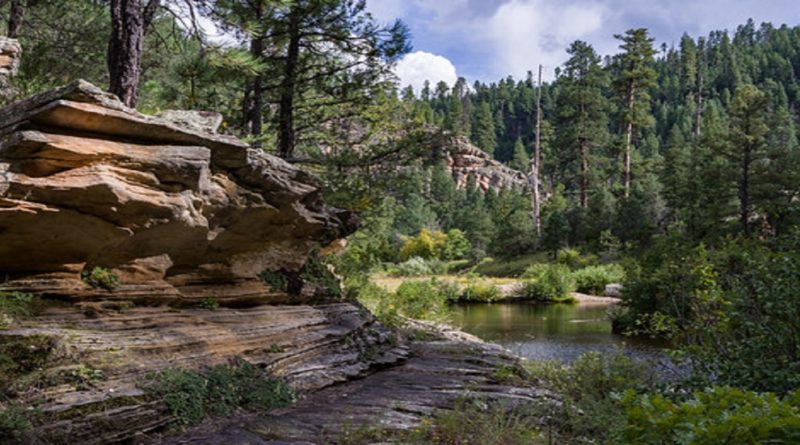 I was sitting in the truck thinking how to kill some time when my cell buzzed, and a text lit up. Savannah wanted a meet up but on her terms. At 13:00pm from Phoenix I was to join the I-10 E from W Washington St and N 7th Ave the take the AZ-87 N travelling at 50mph and wait for further instructions. I texted back that I was a long way from the start point and would need another two hours. The text came back quickly telling me that it was my problem, so be there or forget it. I replied with a simple OK. A bad start as she would know immediately that I had lied.

I set the satnav and pulled out of the parking lot and headed towards downtown Phoenix, AZ. I had plenty of time but wanted to be fully prepared and headed for the Shell filling station on E Buckeye Rd which was open 24 hours with an ATM, a shop and a restaurant.

An hour later I was eating ham and eggs, while looking through the window at the truck. I had filled the tank and six 5 gallons containers bought in the shop that ensured a backup of 30 gallons. The shopping list included two big travel rugs, maps, candy, and two thermos flasks which the waitress had kindly filled with fresh hot tea. I then visited the rest room, paid the check and withdrew $500 from the ATM outside before heading off towards the start point in central Phoenix.

The traffic was slow, and I was 2 minutes late joining the I-10 E but kept to the designated 50mph. I was totally focussed on the traffic flow and my cell phone for any further text messages. At 15:10pm the next text instructed me to take the Lake Mary Road North and pull in at number 53878. Happy Jack Lodge & RV is a full-service resort on 100 acres nestled among the tall ponderosa pines atop Arizona’s Mogollon Rim. That’s what their website says and now I was parked outside the main building and the next text arrived. I followed the instructions and when I came back Savannah was sitting in the front passenger seat.

Savannah came straight to the point, she wanted one $million in small denomination bills to be handed over to a courier in Las Vegas, NV within 24 hours and a promise to terminate the life of the American Zodiac if she did not manage to escape again. She would then arrange a meeting in Washington, DC and proceed with the operation from there. I instantly agreed to her demands, which under the circumstances were deemed very reasonable to me. The director though would need more convincing, especially over the money involved, but I don’t think that he had any choice if the operation was to go any further.

The discussion was over in less than a few minutes, and I walked over to the Jack’s Place Steakhouse and Bar for refreshments and to kill an hour. My cell phone remained in the truck and the keys would be with the cashier at the end of the allocated hour. I ordered their finest steak and a basket of French fries and did some serious thinking.

I had the opportunity to make several choices, but finally chose a sensible one and headed for Flagstaff approximately 45 miles to the north through the Coconino National Forest, a huge nature reserve known for red rocks. After reading the overview it felt that I had chosen the perfect resting place and my next resting place would be the Junipine Resort on Highway 89A near Sedona.

Once guests are parked and settled, they find themselves undisturbed and isolated, except for encounters with neighbors at the DVD library, or over dinner and a mug of the local microbrew at The Table restaurant. During fine weather, diners can enjoy the fresh air on the front deck. Good enough for me!

I had the luxury of 4 days to get back to DC and had my work cut out to get back in one piece. The journey was just about to get a whole lot worse as I settled down for the night, I needed a good night sleep but with a brain working overtime that might just be almost impossible! I was booked in, a comfortable room, prepared myself for a long soak in the bathtub and tuned into the news channel with the remote.

That was when the day went suddenly from relatively good to total shit! Breaking news came up on the tv monitor with shocking headlines. Two women had been tortured and then murdered during an apparent break-in at a property in Glendale, their two faces came up on the screen, Charlotte and Tuesday and my body froze as I listened intently to the local reporter. My long soak was immediately cancelled as tears came to my eyes, I had planned on calling Charlotte later and now other emotions took over. Holly shit what was going on, this could not possibly be an unfortunate co-incidence, because they simply just don’t happen, period!

My next thoughts were professional survival and I needed to act totally normal and human. I rang the desk and booked a table in the restaurant for one! I slowed down, dried myself off, hit the hair dryer and dressed as casually as possible, picked up my Jo Nesbo paperback and headed for the bar area. I wanted to blend in as a normal single traveller who wanted to be alone and was happy with own company. The barman was cool and respectful and not in your face like others. I sat at the bar with the book, acting slow and relaxed.

I needed to get back to Washington, DC and the route was already being formulated in my head.

Henderson is a city in Clark County, Nevada, United States, about 16 miles (26 km) southeast of Las Vegas. It is the second-largest city in Nevada, after Las Vegas, with an estimated population of 310,390 in 2018. The city is part of the Las Vegas metropolitan area, which spans the entire Las Vegas Valley. Henderson occupies the south eastern end of the valley, at an elevation of 1,864 feet (568 m).

Pittsburgh is located in the southwest of the state, at the confluence of the Allegheny, Monongahela, and Ohio rivers.[4] Pittsburgh is known both as “the Steel City” for its more than 300 steel-related businesses and as the “City of Bridges” for its 446 bridges.[5] The city features 30 skyscrapers, two inclined railways, a pre-revolutionary fortification and the Point State Park at the confluence of the rivers. The city developed as a vital link of the Atlantic coast and Midwest, as the mineral-rich Allegheny Mountains made the area coveted by the French and British empires, Virginians, Whiskey Rebels, and Civil War raiders.[6]